You are here: Home / Motocross / Victorian Senior Motocross Championships – Round 2 & Wrap up
Back 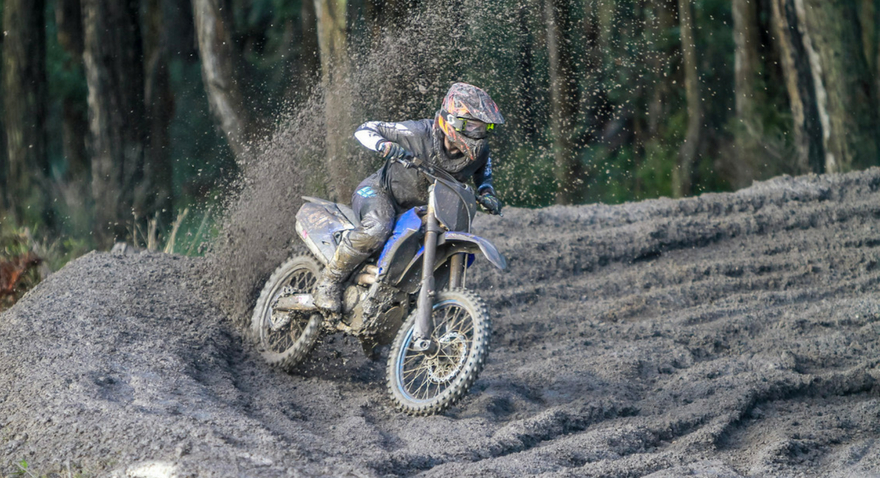 Last weekend saw an unbelievable final round of the Victorian Senior Motocross Championships in Colac. The atmosphere was amazing with great support for the event, as riders arrived the place was a buzz with the excitement of racing no matter what conditions were to be thrown at them, and boy, oh boy was that tested!

Saturday saw the Colac track in top form! The crew did a great job preparing the track, so massive shout out to the guys who put in the hard yards to make sure that track was all prepped and ready to go!

Everybody came to finish off what had been a great series, with some of the best racing we have witnessed in recent years. At the end of the day the series boiled down to the racing on Saturday and Sunday!

Mike Reefman came out of the gates hard and won again in the vets! James Graham put in a stellar effort doing the iron man in two classes on the Saturday in the over 40’s where he came runner up to Reefman and in the over 50’s where he took out the class. Such an epic effort from Graham!

New reigning champion in the A-Grade lites Cody Dyce now adds to his collection of trophies being a previous Australian MXD champion, he backed that up by also taking out the win in the MXD A-Grade class on Sunday. Riding on both Saturday and Sunday meant that Dyce had the pleasure of both weathers.

Young Michael Murphy took out the double in round 2, smashing out the B-Grade lites and the B-Grade MXD championship.

Nicko Green cleaned up overall in the MX2 C-Grade, and also in the round 2 MXD C-Grade.
Sam Monk and Jed Bristol made sure Green fought for the points in the MX2 C-Grade this round with some good racing to be seen from all 3 riders, especially in Sundays trying conditions.

Joel Green took out the overall A-Grade MX lites, reclaiming the title again. Second place went to Cory Watts, who just survived by 1 point. Watts finishing ahead of Joben Baldwin who missed the first round and finished up overall in third place. Baldwin was on fire at the rounds he turned up at, however having missed one round allowed Green and Watts to get the foothold on the top two positions.

In the women’s class Abbey Webb, who is a new comer to the Victorian Championships racing scene took out the Clubman win. Erica Thompson was hot on Webb’s heels with only 3 points separating the two in round 2. Thompson and Webb had a good little tussle, bringing it all down to the last race, the outcome of which determined the series which Webb snagged with only 1 point to spare!

In the expert women’s class Madison Bird and Ebony Harris who were both injured riders, really hung in there and took out first and second place respectively for the series – both Bird and Harris could be seen hobbling about the track during round 2, these ladies are both super tough cookies taking to the track and not letting the pain get to them, they made sure they got out in all of the races, with Sunday’s conditions not hindering their enthusiasm with both girls getting down and dirty!

All in all it was a super challenging track on the Sunday. Full credit to all of the riders who got out there and had fun as well as the Official’s, Flag Marshals and medical staff who all stayed around and made sure that Sunday’s racing could finish.

All of the rider’s came in muddy and wet but with a smile from ear to ear – there was not one rider who came in and said that they regretted going out in the conditions.

Sunday was all about consistency, just getting around and trying to dodge riders who had fallen down, it was an effort in itself; in saying this there was still plenty of competition, with riders still making some great passing moves. While it was still a raceable track, the conditions were certainty not something many of the riders train for or experience on a regular basis, making it a bit of a shock to the system … unless you are from the Gippsland region in that case it is daily tradition for those riders!

It was a great way to finish the series off. We cannot wait to see what the 2019 series brings!

Again it goes without saying the Motorcycling Victoria Motocross Management Committee did a stellar job with the 2018 series. Without their tireless dedication these events would not be possible!