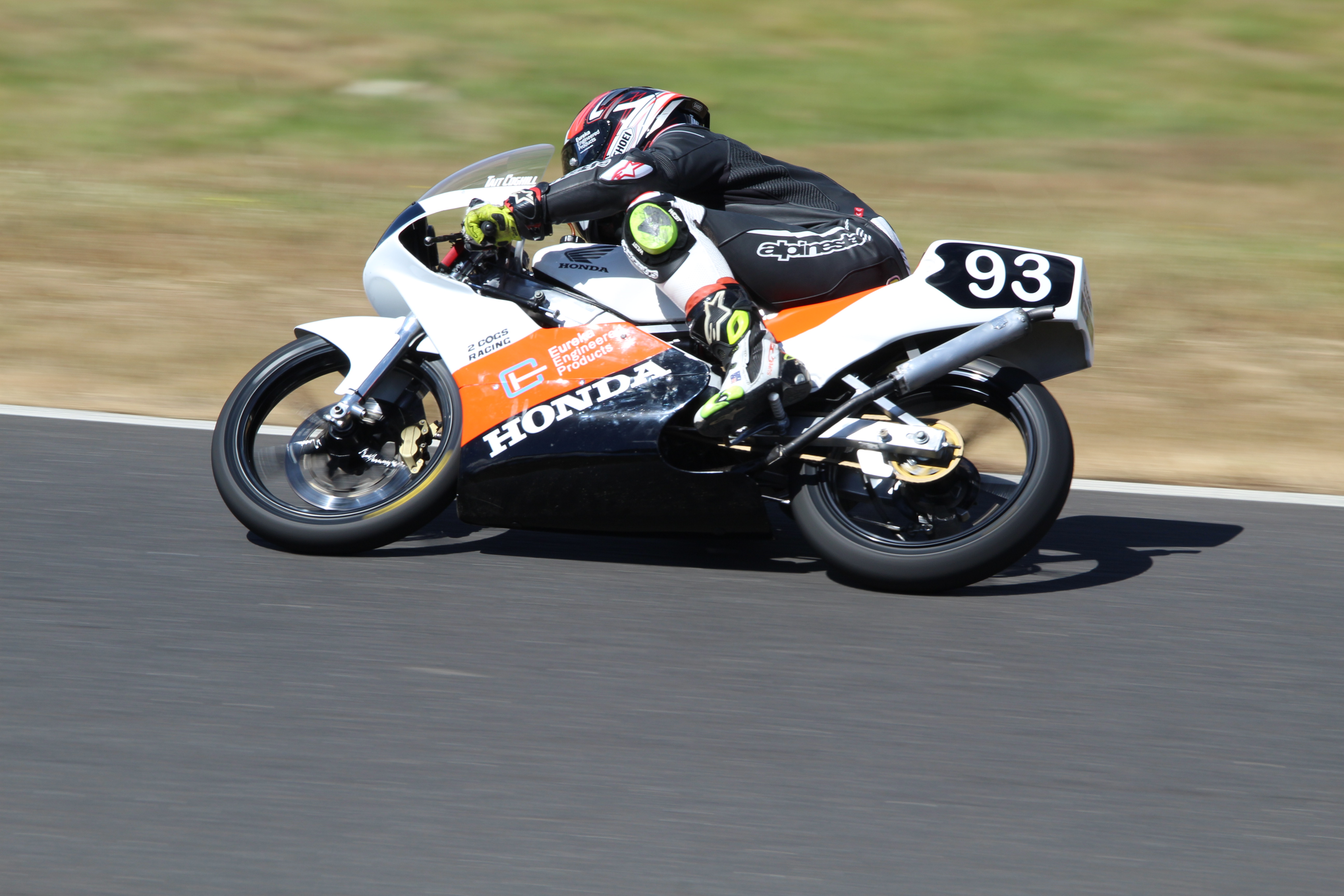 Preston Motorcycle Club stepped up to the plate to run the 2018 Shannons Australian Historic Road Racing Championships at Broadford State Motorcycle Complex over the weekend. Although Preston MCC are a most commonly known for modern road racing, their vast experience with running the Victorian Road Racing Championships over many years meant that it was always going to be a well run event. They well and truly lived up to and exceeded expectations, with the program running on or ahead of schedule despite the odd stoppage due to mechanical or balance issues.

The team at Preston MCC and the crew from Race Marshalls Victoria should be proud of the efficiency and professionalism that was demonstrated throughout the event. The standard was as high as any international event that I have attended. Saturday saw a fly over and aerial display from the Roullettes during the lunch interval and Saturday night a fireworks display was put on for all those who were either camping at the track or staying locally.

After a cool-ish and damp start to the Thursday Practice, the weather also turned around with cool but dry conditions for the afternoon and qualifying on Friday, then bright sunshine with temps in the mid to high 20’s for both Saturday and Sunday race days. The conditions couldn’t have been better.

The new section of pits along the end of the main straight was completed and utilised well by competitors, giving all teams plenty of usable pit area to work in and allow the riders to concentrate on the racing without hinderance. The racing itself was as always fast and competitive, with classes not being decided until the final race. Also great to see, was a huge field of sidecars make the journey to Broadford to contest their national historic championship. Along with the ballistically fast period 5 unlimited bikes, the sidecars were crowd favourites, with spectators lining the fence each and every time they took to the track.

As always, there were riders and teams where everything they touched turned to gold and of course, there were also those who faced some “electrical” issues and struggled to either make race day or nursed slightly off song bikes through to the last race of the weekend. 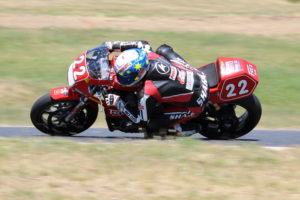 Jed Metcher started off the weekend with some set up issues, however Rex and the team worked continuously to improve the bike throughout the weekend and it paid off with a win in the Period 5 Unlimited class.

Dean Oughtred on the Carl Cox Suzuki Katana struggled with a grabbing clutch throughout the weekend. This issue was eventually the one thing which lead to the bike and rider going from leading the points to failing to score points. A failed launch in Sundays first race meant that Dean had to play catch up from last into turn one off the start. Unfortunately in his endeavors to make up places, Dean slid out at turn one. Thankfully he was not hurt, but the broken bike was unable to be repaired in time for the next race, putting paid to any chance Dean had of taking out the P5 silverware.

Tristan Culvenor riding the Gavin Cosway P&M Kawasaki had a difficult weekend. The bike dropped a valve the previous weekend at the Southern Classic and was rebuilt in a hurry after just managing to source parts in time. However, the replacement parts weren’t up to the specs of the previous build and Tristan had to Nurse the bike all weekend to make it through. He still managed to make the bottom step of the podium come end of the weekend picking up third place in the P5 unlimited class. 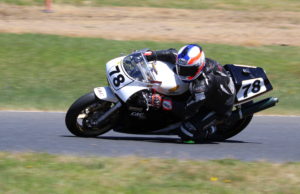 Dean Oughtred made up for his period 5 challenges by taking out the P4 unlimited and P6 750 classes, so ended the weekend with a double championship win. Dean didn’t have it easy in the P6 750 class, with Nathan Spiteri getting closer and closer to Dean with each practice, qualifying and race. Not bad considering this was the first outing for Nathan on his newly acquired Honda RC30. Nathan ended the weekend in 2nd place in the class. An unfortunate casualty of “electrical” gremlins was

Brendan Schmidt, riding his father Rod’s newly built GSXR750. It was Brendans return to racing after suffering a nasty crash in 2016 and suffering serious injuries. But it was great to see the talented young rider back on a bike and going quick despite the issues. Scott Honeychurch took out 2nd place on his GSXR750, with Peter Bellchambers 3rd on his GSX748 Suzuki.

Another Brendan who had mixed fortunes over the weekend was Brendan Wilson, riding his Kawasaki ZXR400. Again an electrical issue surfaced friday and it plagued him all weekend. But despite the gremlin restricting the bike to 14,000rpm, 2000rpm off peak revs, all weekend, he qualified on pole and won each race, becoming the P6 400cc national champion. Tim Podt took out 2nd place on his gorgeous sounding NC30 VFR400 Honda, with Owen Ward Third on yet another V4 Honda.

In the 250 Gp class, Matthew Turner made a return to racing. Matthew was a 250cc production front runner in the 90’s and showed he hasn’t lost much of his speed over the years. However the bike was to suffer some issues all weekend making it a challenging weekend. Friday the bike wasn’t running too well and then Sunday Matthew suffered with a slipping clutch and had to nurse the bike home barely making it to the chequered flag in Sunday’s last race. Matthew still managed to take 2nd place behind John Hazeldene on his lovely Yamaha TZW250. Third place was taken out by Ben Shaw on his super fast Kawasaki KR1 250.

Again, thanks and congratulations to the team from Preston MCC who put together such a well run meating, I lost count of how many riders made comment about the way in which the meeting ran. Also a big thanks to the team at Race Marshalls Victoria who did an amazing job all weekend, without them the meeting could never have been run so efficiently. Bike pick ups and oil spills were dealt with in record time keeping the event running ahead of time for almost all the weekend. A quick mention also to Photographer Colin Rosewarne for providing the photo’s free of charge for both the event program and for this article. Without your amazing pics, these reports would be incredibly boring. Lastly, a huge congratulations to all those rider and teams who attended and to all the new National champions in each class. Bring on 2019. 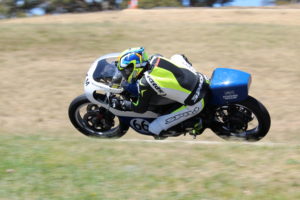 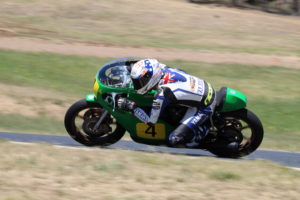 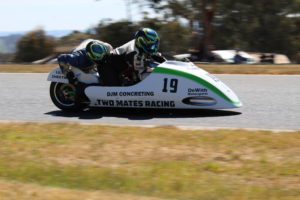 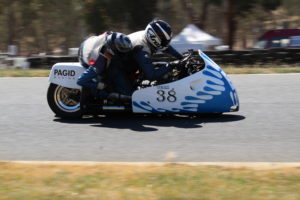 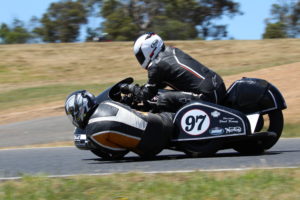