You are here: Home / Enduro / MRCRV takes on Bengworden
Back 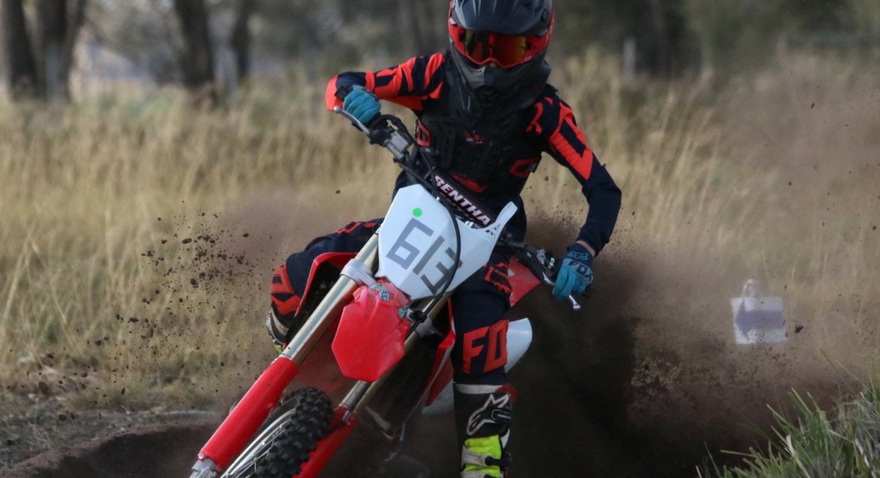 The Motorcycle Racing Club of Victoria (MCRCV) descended on Bengworden last weekend for Round 6 of the club championships.

With perfect weather and a little bit of rain dampening the surface prior to the event, conditions could not have been better for the renowned black dust terrain!

Over 90 riders converged at the designated camping ground on Saturday night, for what was sure to be another weekend of friends, laughter and good memories.

The current president of MCRCV Ben Anderson is by far one of the most fun presidents the club has had in a long time! Ben is well known for trying to find the fun in every situation! Most notably on one camp, Ben sporadically stared a wheel changing competition with all of the campers and his spare bike. Campers were timed to see who could take a front wheel off and put it back on again, with the fastest to win a prize! As I am sure you can imagine this was filled with shenanigans and laughter from all!

Being such a family oriented event the kids all run around, best mates, no over competitive nature in sight!

With a separate track set up for the Pee Wee’s and the normal track all marked out, it was go time bright and early on Sunday morning!

The main track was quite flat, with some sections leading through bracken and a lot of single lines, it was a great sprints track!

The sprints all ran so quickly and smoothly, averaging at around eleven minutes for one sprint; it was your time to be up again before you even knew it!

For his first year in seniors, Ashden Gramlick has certainly made his mark! Gramlick who is all of 3ft tall took out the whole day, outright, making short work of some of the seasoned senior riders. Gramlick has been described as a ‘greyhound’ and a ‘five-year-old kid with Everready Batteries’! With brilliant endurance, Gramlick is still going hard when some of the others are starting to get weary with the intense amount of activity! We cannot wait to see what the future has in store for him!

“Tommy ” “Dozer” Vance stands out as by far the most fun-loving kid in the J2 class, this kid has one heck of a spit! Just behind Vance and following up strong was Caleb Upson; Upson is a great rider with a hunger for competition, that fuels his passion for the race.

Trey Morrell took out the J1 class. Morrell shows great skill and always seems to be at the pointy end of the pack!

Sinead Maher is quite a good little rider and had a tight tussle with Myah Tregea for second place with Tregea pulling out in front consistently across the weekend. Maher is quite an established enduro rider in her own right, having competed in the Victorian Titles.

The next club round (round 7) is coming up on the 8th of September at the Ennis Rd Track in Tallarook more information can be found at: https://www.motorcyclingvic.com.au/calendar/#event=14256507