Monson and Summerhayes complete the double at Gillman Speedway

You are here: Home / News / Monson and Summerhayes complete the double at Gillman Speedway
Back 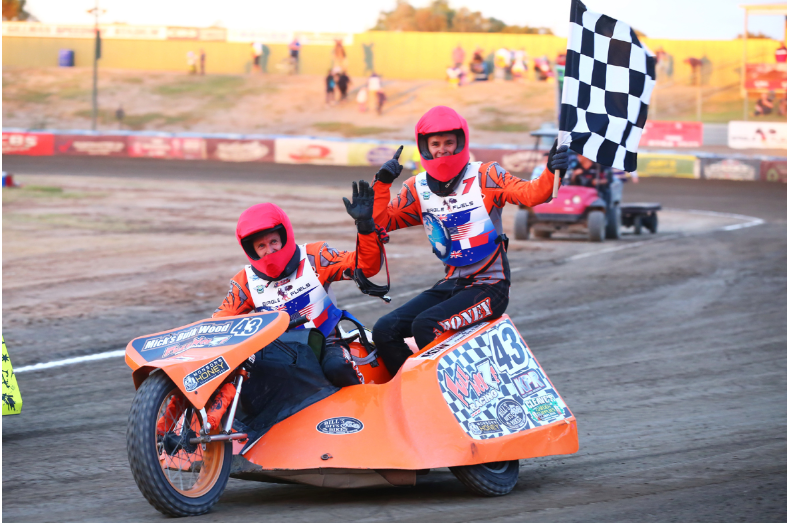 Warren Monson and Andrew Summerhayes completed the World Cup/Oceania Championship double, as they did in 2017, at Gillman Speedway yesterday afternoon.
After all the dramas of the previous night, the Oceania was relatively sedate by comparison, until the final which developed into something of a farce.
In the lead-up heats, Monson/Summerhayes, and Mark Plaisted/Ben Pitt continued where they left off the night before with Monson scoring an unbeaten 15 points, and Plaisted 14.
The major talking point of the heats was the demise of Darrin Treloar/Blake Cox who again suffered bike trouble but on this occasion only took three rides and therefore failed to qualify for the final races. 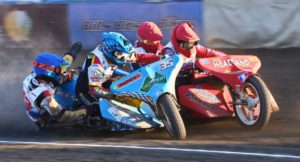 In their absence it was Brodie Cohen/Damian Egan who won the battle for the third qualifying place in the final. Cohen was only beaten by Plaisted, Monson and Mark Mitchell to finish with 12 points, two points clear of Mick Headland/Brenton Kerr, Mitchell/Tony Carter, and Shane Hudson/Adam Constable, all on 10 points. The final qualifiers for the semi-final were Rick Stephens/Adam Pascoe with 9 points.
The best ride in the heats came from Monson in heat 12 when he came from last place to pass, and beat, Mitchell, Cohen and Jamie Moohan/Bayley Ogilvie. That win from the back against two of his main rivals, plus the fastest times of the day when he had a clear run out front, made him the favourite for the final, marginally ahead of Plaisted who had had beaten three out of three over the weekend.

Before the final, however, the fourth pair had to be decided and there was some drama in the semi-final before Hudson/Constable won through. Despite starting from gate three, outside of Headland and Mitchell, it was Hudson who took the lead and pulled away with Stephens in second place, but on the second lap Mitchell ran into Headland and the race was stopped, much to Hudson’s disappointment. With Mitchell excluded from the rerun the question was whether Hudson, who had had a poor season with mechanical issues, could do it again, and the answer was yes! He again won the start and left Stephens and Headland to fight for second place which ended with Stephens second, and Headland excluded from third because of an early hit on Stephens.

Although Hudson and Cohen had ridden well, Monson and Plaisted were the standout favourites for the final, and Monson ultimately won, but the race turned into a shambolic farce with six attempts before it was completed.
In the first attempt, Plaisted (gate two) won the start from Monson, and after Cohen passed Monson on the back straight, and Hudson passed Monson and Cohen, the red lights came on for the first restart.
In restart 1, Plaisted again won the start and established what appeared to be a winning lead over Monson, but in turn four on the second lap, Hudson (fourth) hit Cohen (third) and the red lights came on again with Hudson excluded. 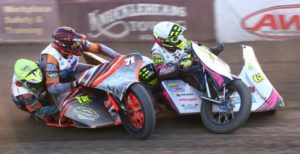 Restart 2 and Monson and Plaisted touched in turn one and Plaisted spun and his passenger fell.
Restart 3 and this time it was Cohen who spun in turn one.
Restart 4 and Monson and Plaisted were dicing for the lead when all three bikes collided and ran off the track in turn four. As is often the case, there were different opinions over the cause, but the only opinion that counted was the referee’s and he excluded Plaisted.
By now the bikes, Cohen’s in particular, were overheated, and there was a lengthy delay before the fifth and final restart which saw a straight-forward win for Monson.