You are here: Home / Juniors / Malkiewicz becomes First Ever Australian to Win 125cc WJMX Crown
Back 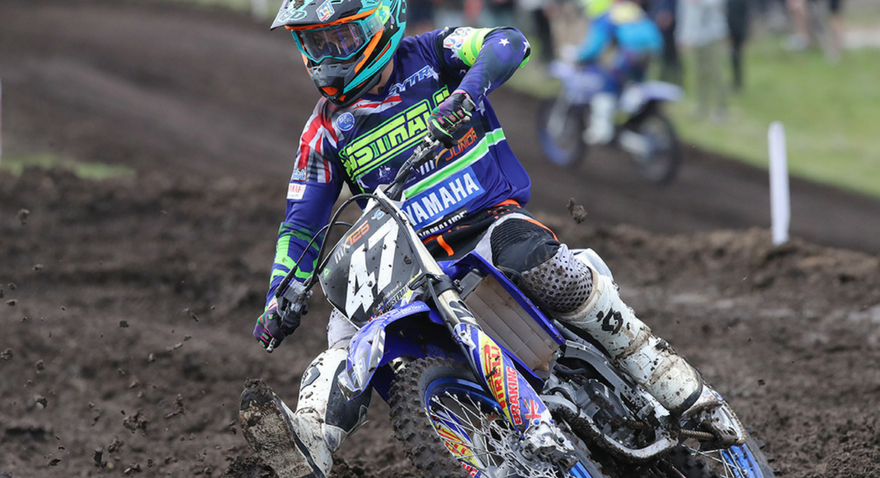 Bailey Malkiewicz has taken out the 2018 FIM World Junior Motocross Championship (WJMX) in the 125cc class on his Yamaha. The Australian had to settle for second in race one, but he made the second race his, taking the win and becoming the first ever Australian to win the 125cc world crown.

Malkiewicz was thrilled that his hard work has paid off; “I’m speechless, I can’t believe I have achieved this. The crowd was insane I could hear them through my helmet down that back straight and for my hard work to pay off is great, I couldn’t believe how many people were behind me,” finished Malkiewicz.

Race One:
The first race for the 125cc class, saw both Italian Mattia Guadagnini grab the holeshot and look to pull away. Behind the Italian there was a battle brewing between two Australian riders, Malkiewicz and Regan Duffy. The pair battled it out for a number of laps before Malkiewicz made his break from the KTM pilot.

Malkiewicz couldn’t reel in the Italian and would have to settle for second place, Duffy slipped back to ninth position as Blake Fox snuck ahead of him late in the race to grab eighth.

Three riders in the top ten was a great first race in the 125cc class, and just outside the top ten was Alex Larwood in 12th position on his Yamaha. Larwood led an aussie charge with Matthew Farby (13th), Korey McMahon (14th), Noah Ferguson (15th), Liam Andrews (16th) and John Bova (17th).

Race Two:
The second race of the 125cc class at Horsham saw both Malkiewicz and race one winner Guadagnini get off to great starts. The pair put a good gap between themselves and the field and the battle was on.

The crowd could sense they were about to witness something special and Malkiewicz didn’t let them down, gliding to the chequered flag by just over 13 seconds.

McMahon was the next best for the Australians and just missed the podium grabbing fourth place aboard his KTM.
Two Australian rounded out the top ten with Blake Fox in ninth and Noah Ferguson grabbed tenth.