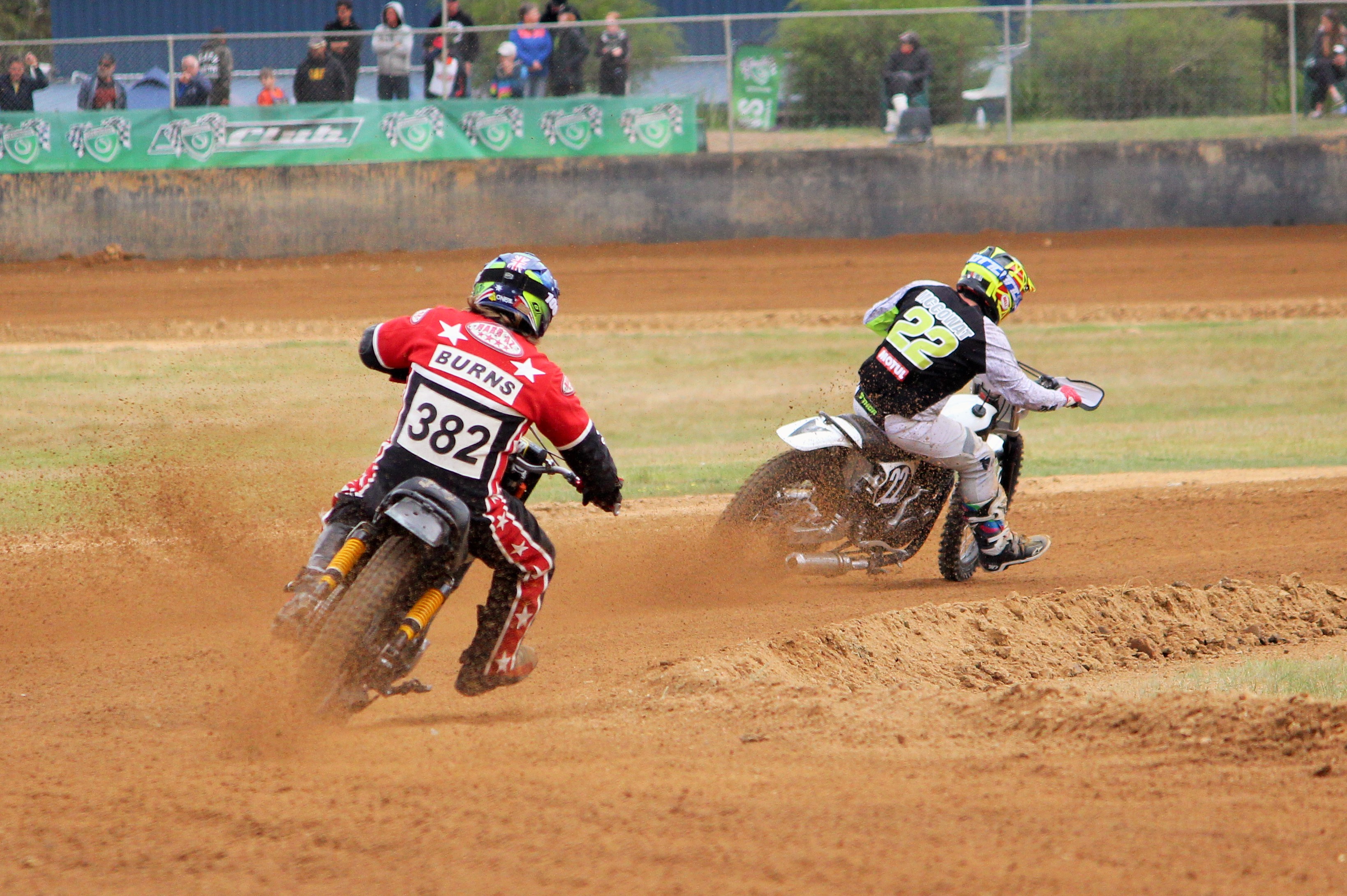 Story By: Peter Baker (on Behalf of the Harley Club of Victoria)
Photo By: Peter Cook

Despite the big entry list for the title meeting having been drawn from a wide area it was only the hosts, the Harley Club of Victoria, plus Albury Wodonga, and New South Wales clubs Kurri Kurri and Cowra that produced winners among the 10 senior and 12 junior classes of competition.

Three of the six senior winners took home more than class victory, while in the juniors four of the seven individual winners triumphed more than once.

Standout performer was Kurri Kurri teenager Angus Hutchinson who kept himself busy riding in five classes, finishing with three wins and two seconds, despite a heavy fall in a heat race on the Saturday.

Hutchinson won the Pro Open, Pro 450 and Pro 250 with his defeats coming at the hands of clubmate Wade O’Keefe in the Under 19s while Harley rider Brad Burns retained his MX Open title.

His double was matched by clubmate Jody Mason who won the Slider class as well as the Over 40s.

There was a touch of Stephen Bradbury to the Slider class where Mason emerged the overall winner after finishing all five rounds, whereas two faster riders Dakota North and Jesse Davies both fell in one of the rounds.

Four years after his last speedway appearance Dakota North kept the crowd on its toes in the Pro Open final where after a terrible start he worked his way up to second place, but could not haul in teenager Hutchinson.

Albury Wodonga teenager Tayla Street cleaned up in the Womens class, while the Harley club provided the Sidecar winners in Justin and Melissa Foot.

Noah Grabham from Cowra took the junior honours with three class wins, even better than doubles from Cameron Dunker from Kurri Kurri, Remmie Fyffe from Albury Wodonga and host club rider Michael Cogdell who turned in his best ever meeting.

There were also class wins for Archie McDonald from Albury Wodonga, Bodie Cardinale from Kurri Kurri and Teerin Fleming from the Harley Club.

Beyond the winners there was much to like about a number of junior riders, Luke Bush from Kurri Kurri placed three times in the 13-Under 16s, while there were good showings from some who were exposed to some very well credentialed visiting riders who they do not race against in their regular club competition.

South Australian Kyle Machin, Michael West from the ACT and Victorians Jackson Milner, Damon Burke and Reece Oughtred should all take heart from their performances which showed they were just a few who are continuing to develop their talents.

Overall it was a slickly run meeting by the Harley Club of Victoria, with the pleasing track conditions presented allowing riders to produce some quality action.