Australia the Nation of World Domination at WJMX

You are here: Home / Juniors / Australia the Nation of World Domination at WJMX
Back 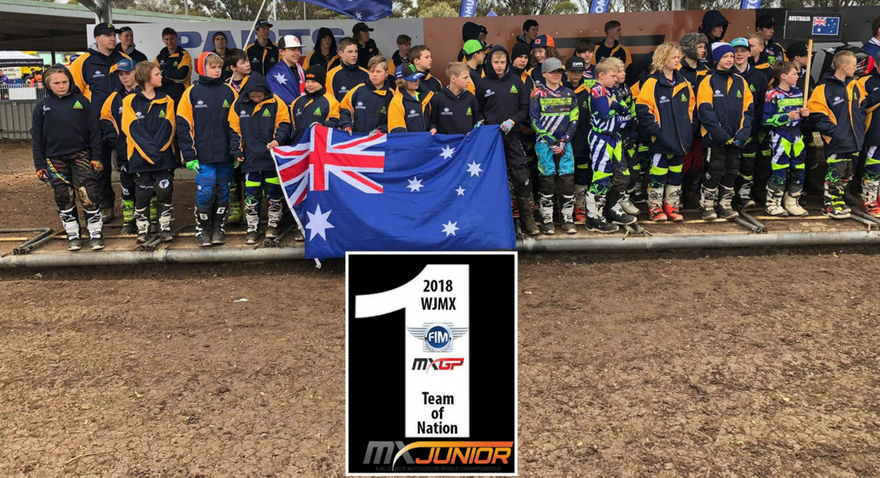 What a weekend it was for Australian motocross as the Horsham Motorcycle Complex hosted the 2018 FIM World Junior Motocross Championship (WJMX), the first time Australia has hosted the prestigious championship. The historic event was only made better with the achievement of Australia, taking out two world championships and a world cup.

Bailey Malkiewicz became the first Australian to ever take out the 125cc WJMX title, whilst Braden Plath took out the 65cc world cup. It didn’t stop with just individual success as Australia also took out the Teams of Nation Trophy. 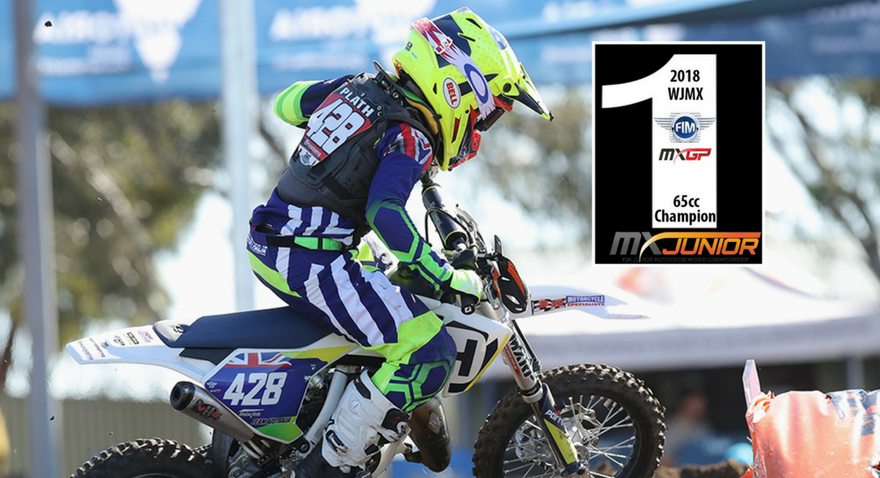 Over 20 nations were represented and over 110 riders made their way to Horsham to battle for the ultimate prize in Junior Motocross.

The track at Horsham had a bit of everything and provided thrilling racing throughout the weekend, it was fast, had big jumps and few tight technical sections, testing the riders in all facets. More than 5,000 spectators made their way to the track and didn’t they see a spectacle.

The race of the weekend not to be biased but the final race of the day between Australian Malkiewicz and Italian Mattia Guadagnini in the 125cc class was epic.

The pair had been one and two all weekend throughout qualifying and race one, and when they both got great starts in race two, you just knew the battle was on. Malkiewicz had the lead and set outputting a gap on his Italian counterpart, but slowly Guadagnini reeled him in and Malkiewicz made a mistake allowing the Italian to make his move. Guadagnini set outputting a gap on the Australian and it seemed he was controlling the race, but with three laps to go the Italian made a mistake and Malkiewicz snatched back the lead.

The crowd sensed the occasion and lifted as Malkiewicz came down the home straight willing him on as they knew only a win would hand him the world championship. The #47 had three laps to simply make no mistakes and the win would be his, the crowd was right behind Malkiewicz and with a lap to go everyone at Horsham Motorcycle Complex had their eyes glued to the number 47 machine.

Coming down the home stretch the excitement was easy for everyone to see and as Malkiewicz hit the final table top, he pumped his fist and knew he had put himself in the record books, as the first Australian to win the 125cc WJMX title. 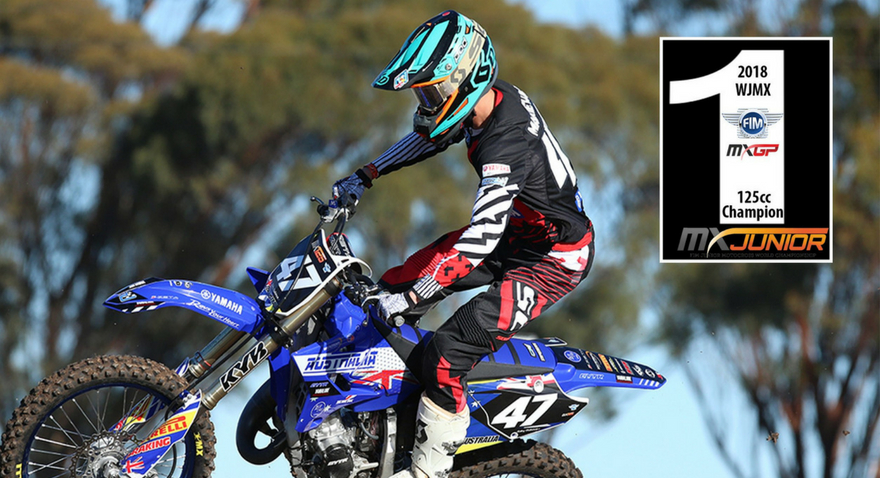 To see all the results from the weekend including the team’s results click here.

Australia has definitely left a mark on the motocross world and a big thank you must go out to everyone who made this event possible. Kenny Watts and Jacqui Hill as part of the Horsham Motorcycle Club put in so much work and the event ran smoothly, also a big thank you to all the stewards, officials, promoters, riders and teams.