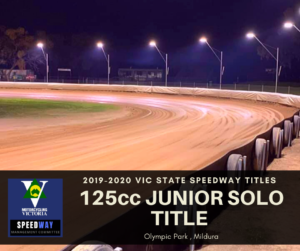 2019 VIC SPEEDWAY 125cc JUNIOR SOLO TITLE – FINAL FIELD ANNOUNCED The Motorcycling Victoria Speedway Management Committee are please to announce the Final Field for the 2019 Speedway 125cc Junior Solo Title at Olympic Park, Mildura on Saturday 16th November 2019.   We would like to Thank everyone who took the time to submit a […] 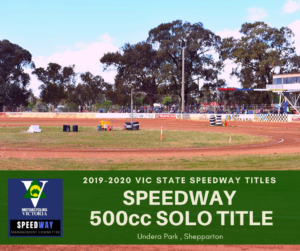 2019 VIC SPEEDWAY SOLO TITLES FINAL FIELD ANNOUNCED The Motorcycling Victoria Speedway Management Committee are please to announce the Final Field for the 2019 Speedway Solo Titles at Undera Park on Saturday 9th November 2019.   We would like to Thank everyone who took the time to submit a nomination for the Victorian Speedway Solo Title, […] 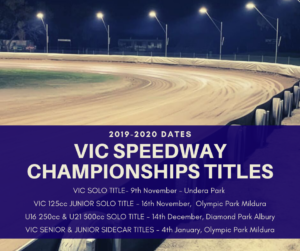 2019-2020 VIC SPEEDWAY TITLES DATES ANNOUNCED   Motorcycling Victoria and the MV Speedway Management Committee are please to announce the dates and venues for the 2019-2020 Victorian Speedway Titles.   For information on each meeting and how to register your nomination, please see below. We will endeavour to advise of any updates on the below […] 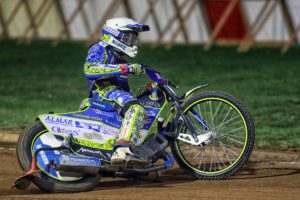 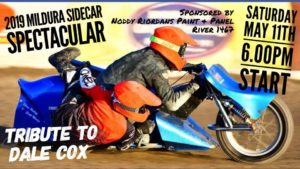 SIDECAR SPECTACULAR SET TO EXCITE Publicist: Brendon Gledhill   The Riordan’s Paint and Panel, 42nd Mildura Sidecar Spectacular is set to warm up Olympic Park on Saturday night. An early start time of 6:30 has been set to ensure that our valued patrons are not kept out in the cold for too long. It is […] 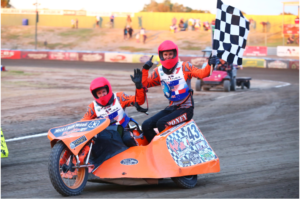 Written by: Gillman Media Images by: Judy Mackay Warren Monson and Andrew Summerhayes completed the World Cup/Oceania Championship double, as they did in 2017, at Gillman Speedway yesterday afternoon. After all the dramas of the previous night, the Oceania was relatively sedate by comparison, until the final which developed into something of a farce. In […]

IMPORTANT ANNOUNCEMENT   Albury-Wodonga Motorcycle Club has decided to cancel the U21 Speedway Championship scheduled for 9th February. This is due to insufficient entries to warrant the running of  a state title. At this stage this will not be rescheduled. Statement from AWMCC published on their Facebook page – AWMCC regretfully wishes to advise that […]

2016 World under 21 Speedway Champion Max Fricke and local Australian Number #2 Justin Sedgmen head the list of nominations so far for the 2017 Mallee Bearings Jason Lyons Solo Trophy on Saturday, December 30th. Fricke who is coming back from injury has had an impressive 2017 season having ridden in the three Speedway Grand […]